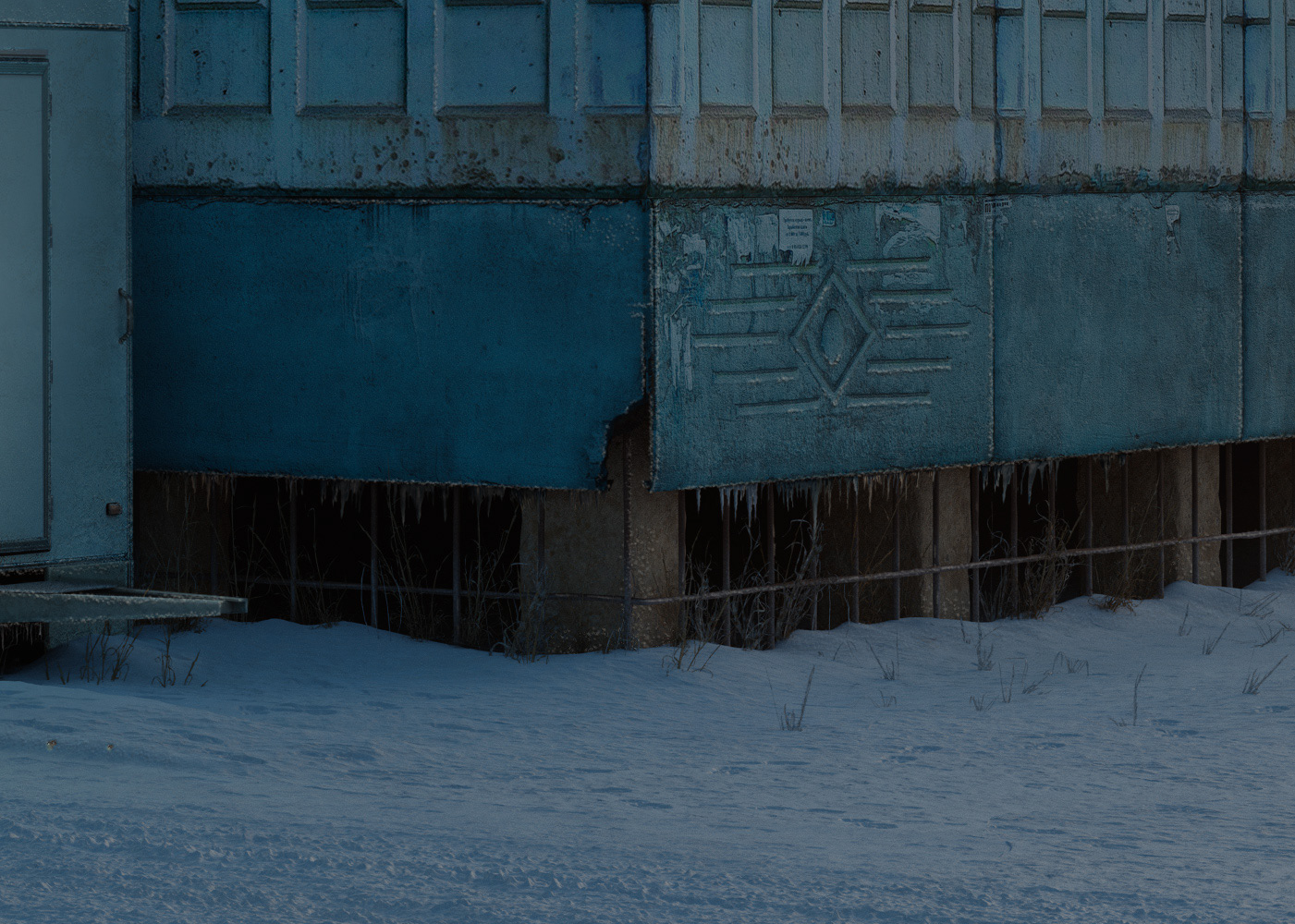 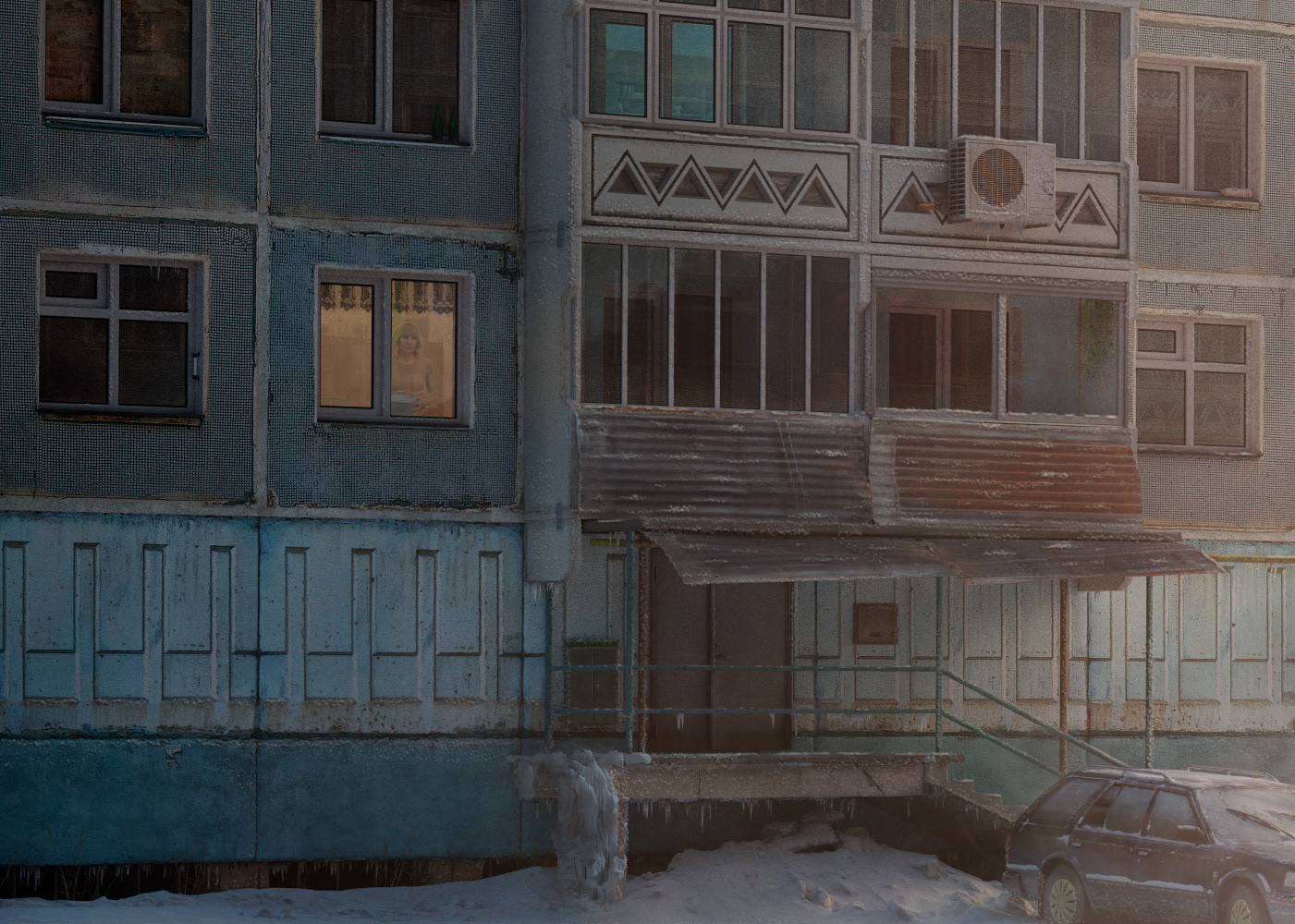 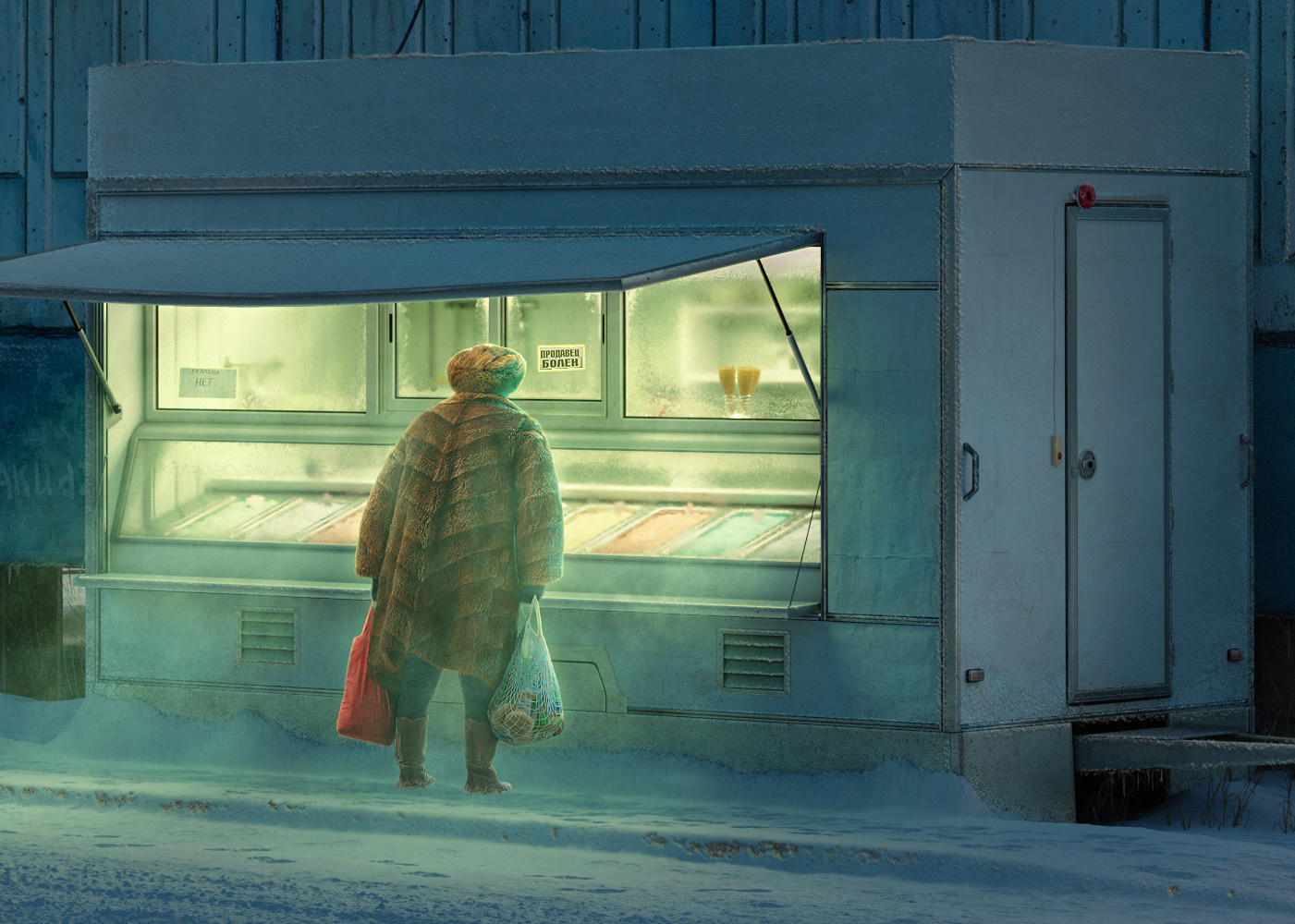 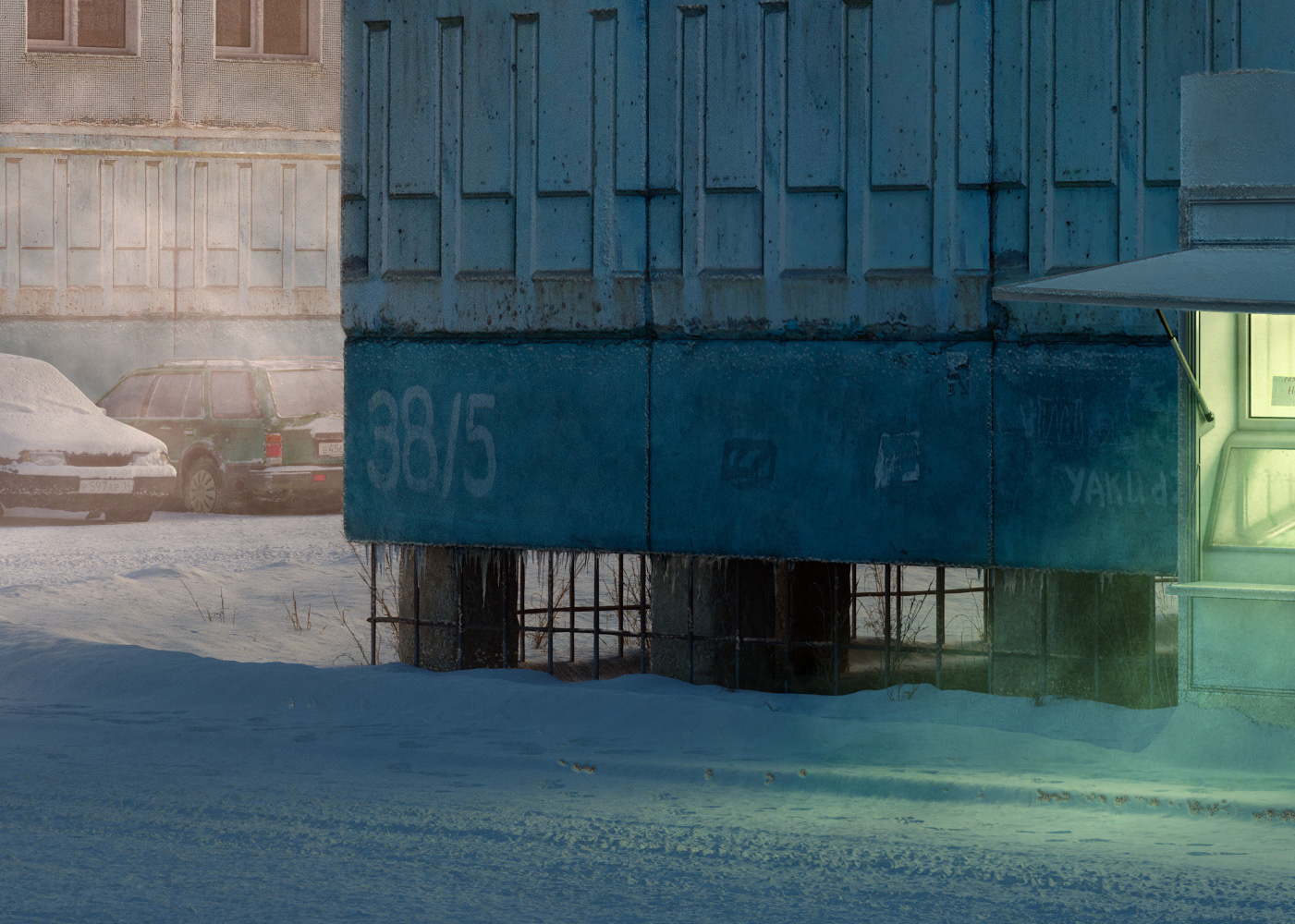 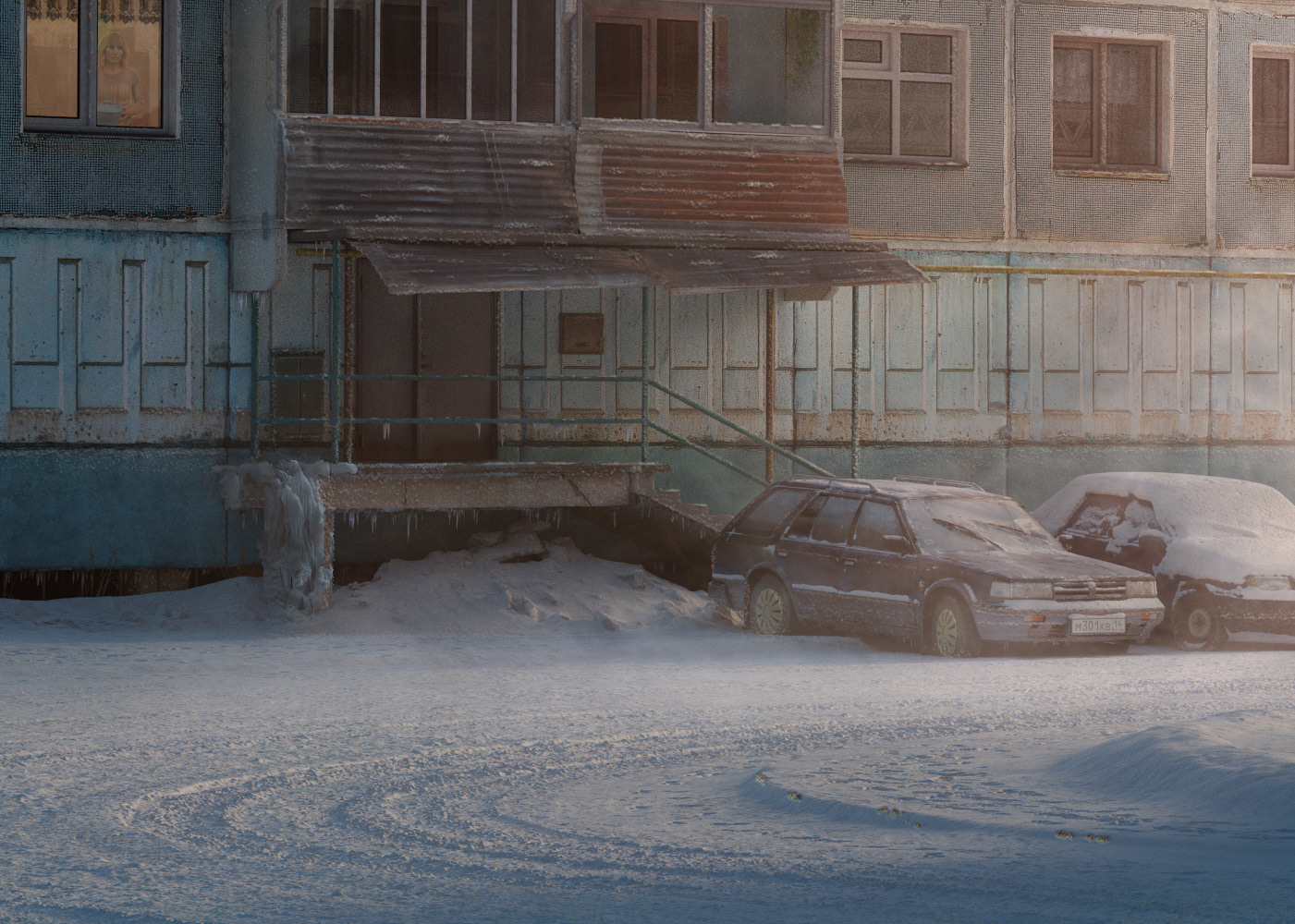 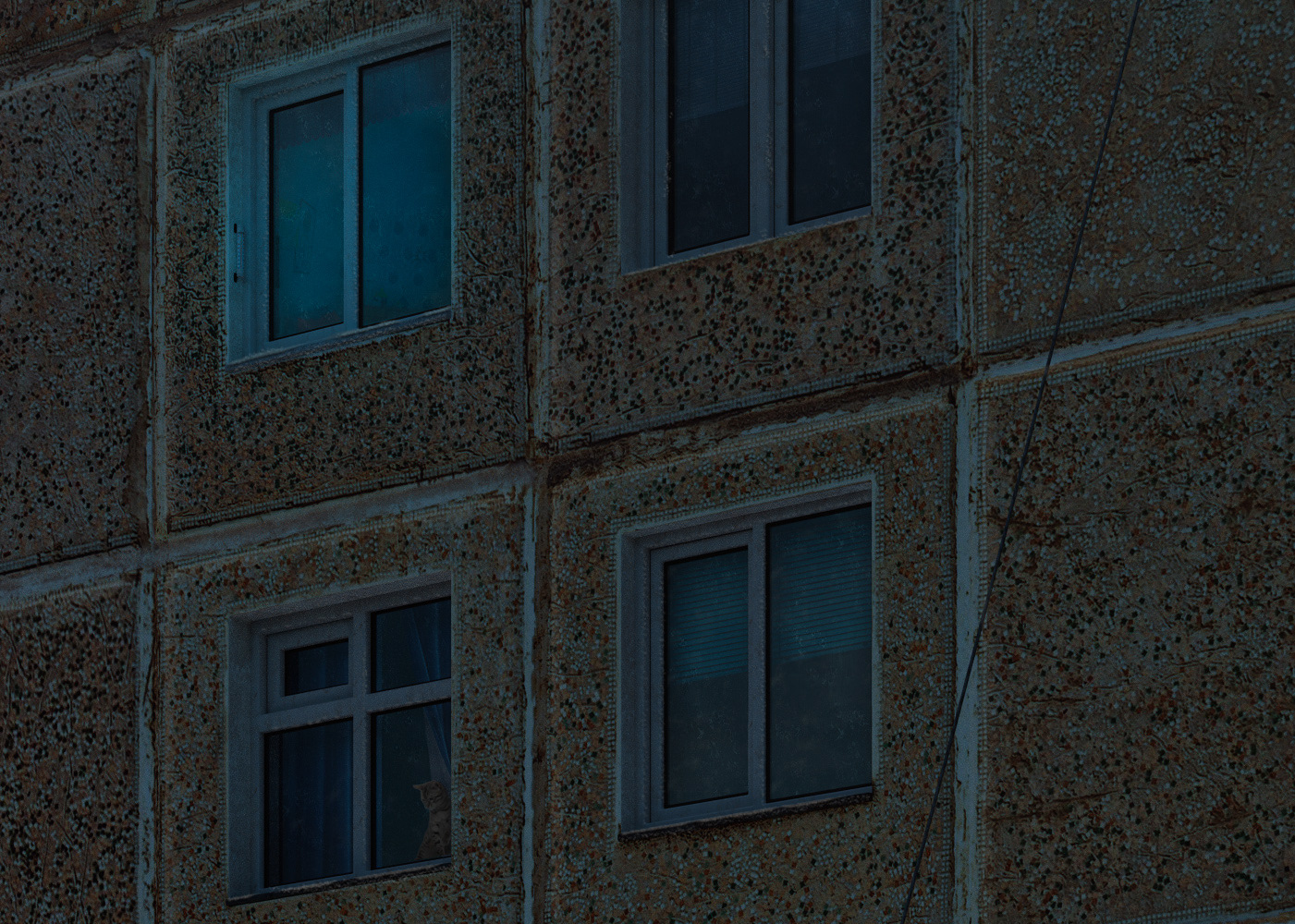 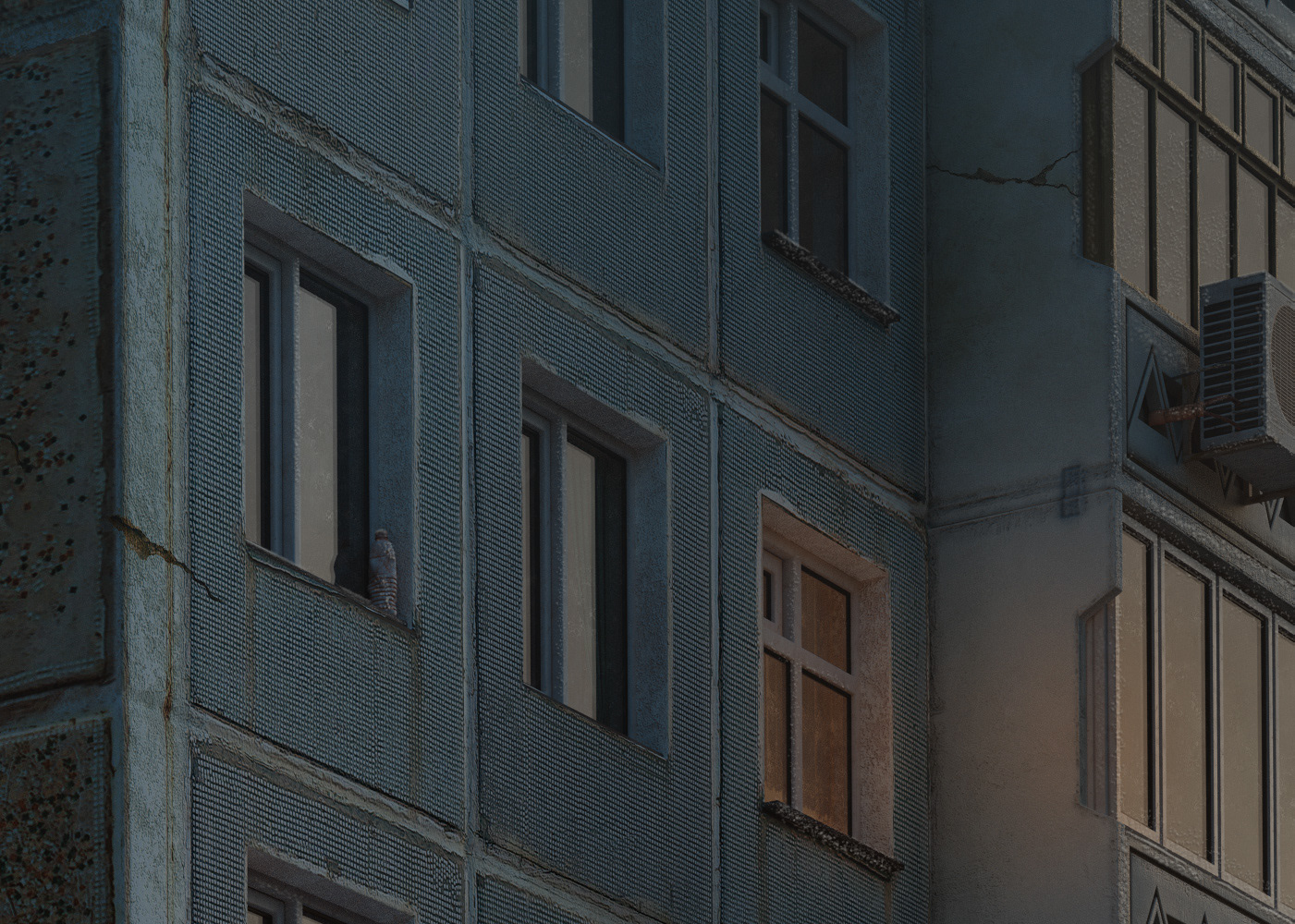 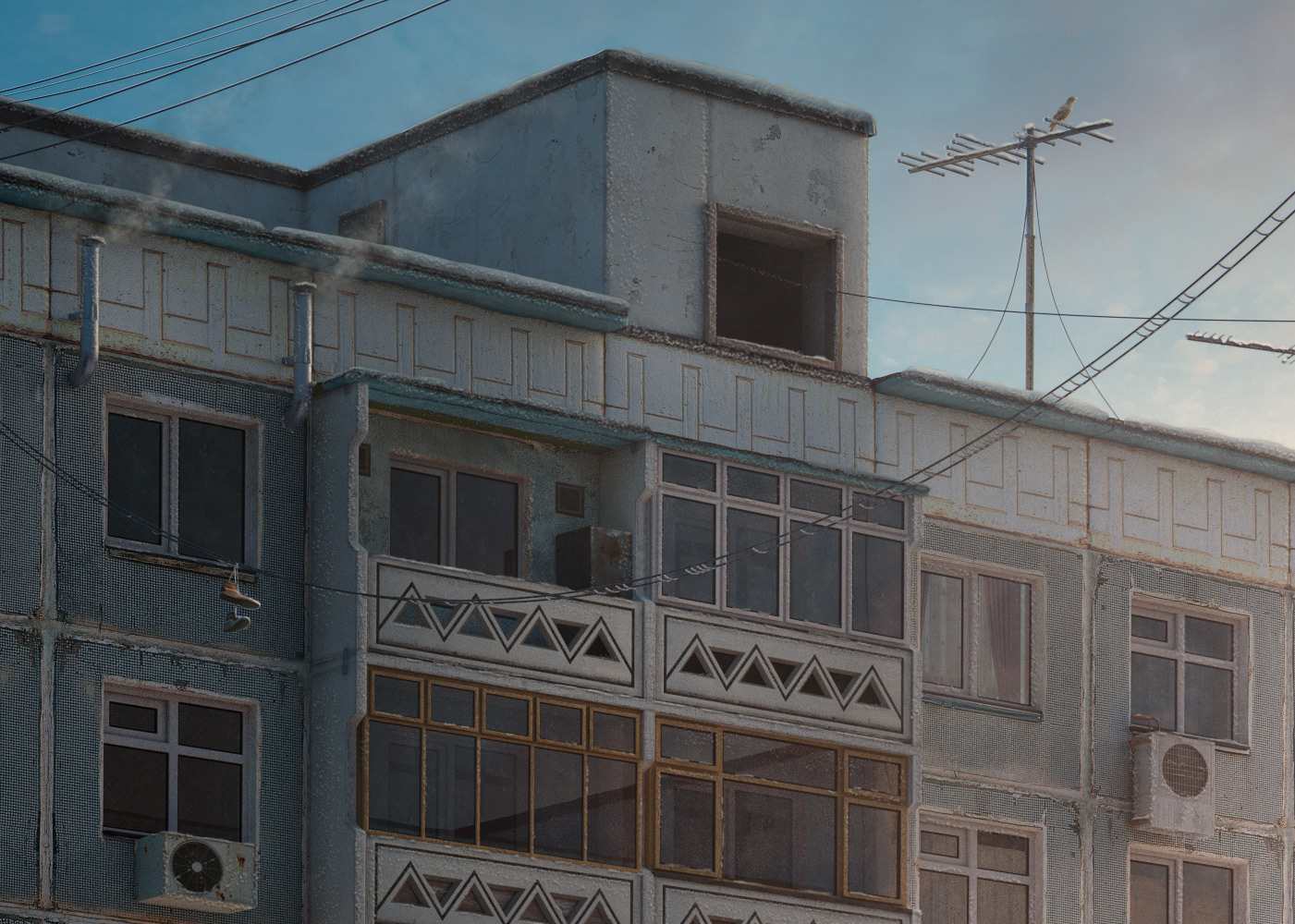 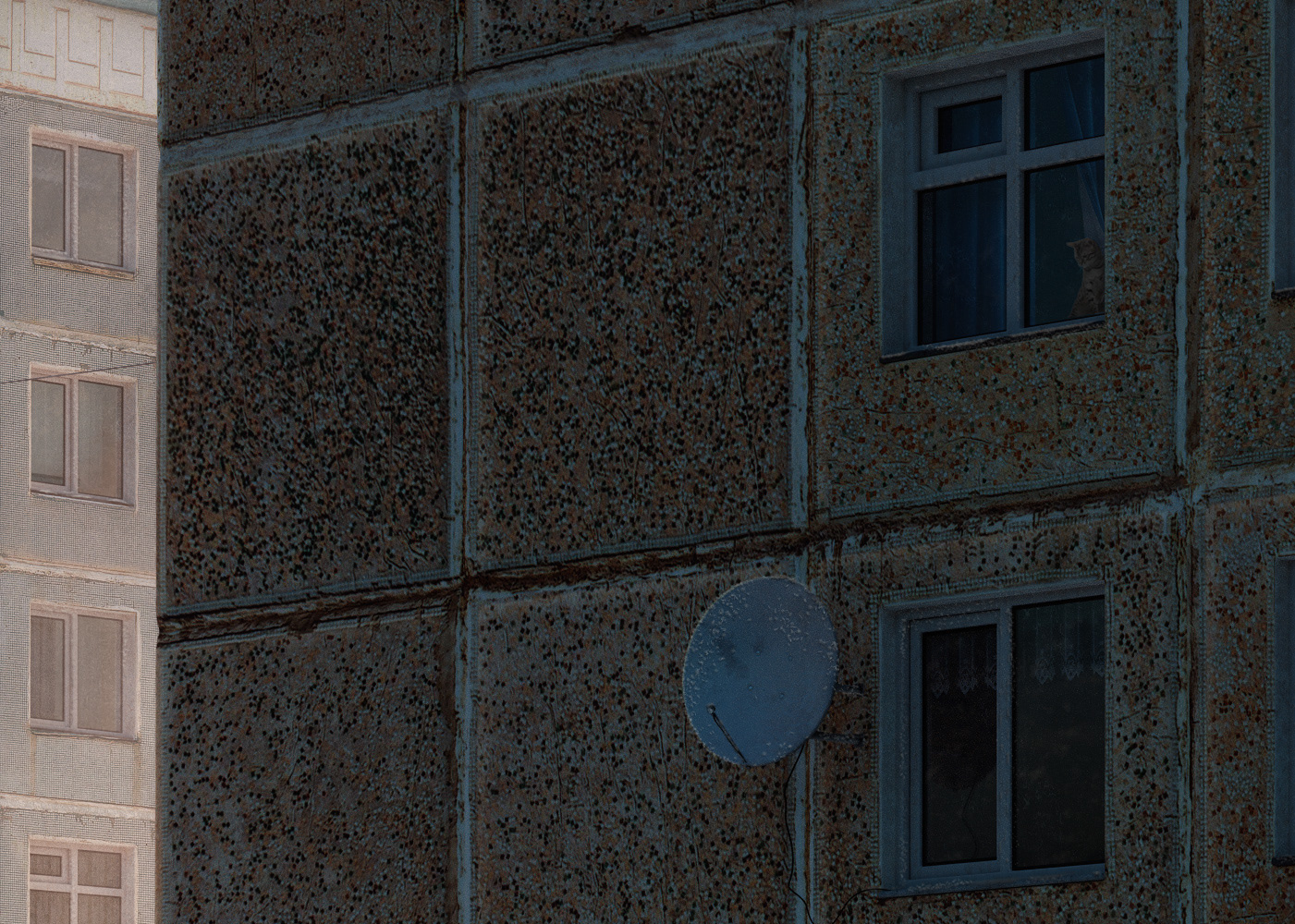 In March I did this simple excercise to quickly familiarize myself with Blender I was switching to. Naturally inspired by the zeitgeist of the invasion in the east, sanctions and all the talks of national and ethnic identity, I set out for the house of the elusive Russian doomer. Rather than copying something new, I wanted to pin down a scene that already is.

I took interest in a sensational documentary photo from Yakutia by Alexey Vasyliev, Norilsk by Christophe Jacrot and some gloomy late-perestroika snapshots of Irkutsk by Doug Smith, marinating the authentic architecture shot with a touch of alienation and... imminent imports shortages.

After establishing the photo reference I wanted to closely follow, the fun detective part ensured: I needed to track down the precise, particular spot pictured to gather more references and blueprints of the structures in question. After rather long tracking and wandering on Streetview, I indeed arrived at the corner of 90/2 Lermontov St., Yakutsk, Russia and "concrete-paneled building type 1-464VM".

So, behold, the home of the Russian doomer.

Vodafone - Give a gift of yourself

Trust in your future

Nike
↑Back to Top